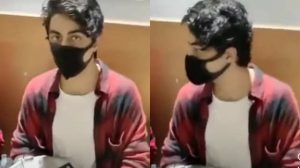 Reportedly, on 2nd October, Saturday, the NCB had conducted a raid on a cruise ship off the Mumbai coast, allegedly a rave party was being held on the cruise, and there was evidence of illegal drugs after which several people including Aryan Khan were detained and questioned by the NCB. According to the latest reports, after being questioned for several hours Aryan Khan along with seven others have been arrested by the NCB. The 23-year-old star kid has been recently taken to the JJ Hospital for a medical check-up.

Further investigation regarding the same is still underway.