Karenjit Kaur: The Untold Story of Sunny Leone The second season of the web series trailer has been released. The first season of the Web series was liked by the audience. There was also a lot of discussion in the media.

The second season’s trailer of Karenjit Kaur: The Untold Story of Sunny Leone has been released, the biopic series made on Sunny Leone. After showing Sunny Leone’s early life in the old season, the story of Sunny and her family’s strangers in the new season has been narrated.

According to the trailer, the story of becoming an adult star from Sunny’s normal girl in the second season and the decision has shown to her family troubles. Referring to all those sentences, when Sunny and her family pass through their poor financial position. This season will tell the story of Sunny and his family’s emotional Journey. How can Sunny’s mother take the help of alcohol due to family problems, and then how Sunny connects her scattered family, all of these will be seen in the eye.

Talking about acting, all the characters are seen to be effective in this season. This is for the first time, where the emotional style of Sunny blurts his adult star image with his brain. Apart from Sunny’s stroke this season, her Hamster Daniel Weber’s character is also shown as important.

In the trailer, not only actors’ actors but dialogues also make emotions. Like a dialogue when Sunny tells his father that people here call him sunny. So Sunny’s father says in the answer: “By what name do you call the world, it does not make any difference to me. For me, you are my cow. ‘

The second season of this web series made on Sunny Leone will be launched on ZEE 5 app on September 18. It is directed by Aditya Dutt. Apart from this, the production of the web series is jointly done by Namah Pictures and Fresh Lime Films. This is the first time that an actress is playing her role in biopic on her own life. 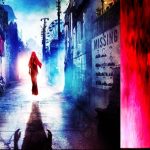