After the release of the Anees Bazmee-directed film Bhool Bhulaiyaa 2 for Kartik Aaryan, there has been no turning back. The Bhushan Kumar and Murad Khetani production, which also stars Kiara Advani, has continued to dominate competition week after week, running well into its fifth week. The movie’s theatrical run appears to be coming to an end as it is released on OTT. However, Bhool Bhulaiyaa 2 has unquestionably made an impression and set new standards for box office performance.In fact, it’s fascinating to notice that Bhool Bhulaiyaa 2 tops Kartik Aaryan’s list of highest grossing movies when comparing its global box office receipts to those of his past releases. Bhool Bhulaiyaa 2 has managed to earn an astounding Rs. 260.75 crore at the global box office, with Rs. 218.14 crore gross coming from the domestic market and an additional Rs. 42.61 crore gross from overses countries.Bhool Bhulaiyaa 2 has been Kartik’s highest-grossing international release when compared to his other films. 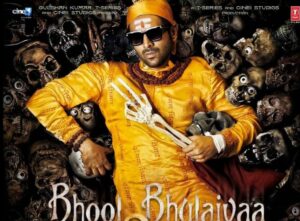 In reality, the movie has succeeded in becoming not only Kartik Aaryan’s only release to earn over Rs 200 crore, but also the actor’s biggest earning movie to date. 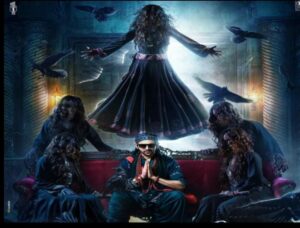 Well seems like Kartik is on a go. After his performance in Bhul Bhulaiyya 2 he is now the most wanted actor with whome renowned directors and production houses are willing to work. Kartik’s journey has been amazing. His voyage can be definaed as a sudden rise of the mega star. Kartik Aryan has beeb featured in many othe rpeojects too which made and astonishing remark on audience. Some of his projects are Sonu Ki Titu Ki Sweety which made the total collection of 152. 75 Crores, Luka Chuppi which collected Rs. 128.86 crore on box office, Pati Patni Aur Woh which made around Rs. 117.7 crore and Love Aaj Kal which made Rs. 52.63 crore. Well from the figures it’s clean Kartik has given his forst ever 200 crore movie.