Bollywood spouses Gauri Khan, Maheep Kapoor, and Bhavana Panday will appear on Koffee With Karan season 7 episode 12 on the Koffee sofa. The celebrity wives will divulge hot details about their spouses, their lifestyles in the Bollywood elite, and more. Karan Johar, the presenter, debuted the updated teaser for the flick on Monday. In the beginning, Karan questioned Shah Rukh Khan’s spouse Gauri about her relationship advise for their child Suhana Khan, who would shortly make her Bollywood debut. She joked, “Never date two boys at the exact time.” Maheep responded that she would like to work with Hrithik Roshan and added that she thought they would look nice together. At this, Karan couldn’t help but laugh. Bhavana even said that she truly deserves a hall pass for fooling around with people as she has not done anything with anyone yet.When asked to choose a movie title for her romantic tale with Shah Rukh Khan, Gauri cited, Dilwale Dulhaniya Le Jaayege, as her tale was really worth remembering. Her wedding with SRK was something she always will remember. Gauri Khan even called Shahrukh for “Hey Karan It’s Me” game and Karan said if Shahrukh picks up the call Gauri gets 6 points and luckily Shahrukh answered the call. Seems like the upcomming episode will have a lot more fun as we have the stars of Fabulous Lives of Bollywood Wives here and the spice that the show has has already been experienced by us.
The new episode will premiere at Hotstar. This is the show’s seventh season that has had the presence of several celebrities like Alia Bhatt, Ranveer Singh, Katrina Kaif, Aamir Khan, Kareena Kapoor, Janhvi Kapoor, Sara Ali Khan, Samantha Ruth Prabhu ,Shahid Kapoor, Akshay Kumar, and others. The show had not only given enough of gossips but also elements of spicy and dark secrets of several celebrities. Well, we are eagerly for the next episode and see what it has for the viewers. 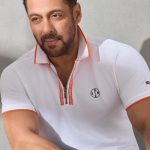 Know when Salman Khan’s much anticipated docu-biopic will be unveiled. Read deets to know more.
Next Article 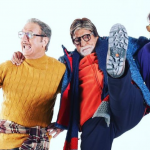 New Poster for Unchai revealed, Amitabh Bachchan shares his excitement while revealing it