Powerlifter Mirabai Chanu wrote an epic historic moment ,when she won the Weightlifting 49kg gold medal at the Commonwealth Games 2022. Wishes flooded in for the weightlifter, 27, as soon as word of her victory spread online. Well the bollywood celebrities have took over the social media to share the glimpses from the competition and congratulate Mirabai Chanu as she held the nation’s head high. Seems like the whole of the nation is proud of Mira for her massive and enormous acheivement. Chanu got off to a great start by successfully lifting 84 kg on her initial try. In the second division, Mirabai lifted 88 kg successfully. But despite demonstrating incredible strength, the weightlifter was unable to lift 90 kg on the final attempt. At the threshold of portraying India, she gave her best. However Mirabai became the first competitors who bagged the first gold medal for India. President Draupadi Murmu and Prime Minister Narendra Modi, have also congratulated Mirabai for her immensely pacified acheivement.
Well seems like this js definately not the end. Jeremy Lalrinununga won the second gold medal for india in men’s category. Weightlifters from India are shining at the Common Wealth Game and whole of the Bollywood Celebrities are gushing for Jeremy too.

Lalrinnunga broke the Commonwealth Games lifting record with a lift of 300 kg after setting records for the snatch category with a 140 kg lift and the clear and jerked category with a 160 kg lift. Prime Minister Narendra Modi has congratulated and cited that the Yuva Shakti is bringing immense proud for the nation while Draupadi Murmu wrote that it’s a matter of his self beleive that even after getting injured he bagged medal for India. 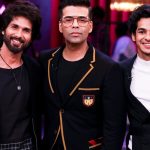