After months of speculations, filmmaker  Karan Joharfinally announced the third actor to be joining the ‘Dostana 2’. A few days back, he revealed that Kartik Aaryan and Janhvi Kapoor have been roped in for the film and now he took to his  Instagram handle to unveil the third actor. KJo is all set to launch a new face with ‘Dostana 2’.
He shared the pictures of the newcomer  Lakshya and welcomed the handsome hunk into the Dharma family and completed the Dostana trio. He wrote, ”Both happy and excited to introduce the new kid on the Dharma block! LAKSHYA will be making his debut with us in #DOSTANA2 and from thereon, we hope to start a solid cinematic journey together! Please welcome @itslakshyaand shower him with all your love and blessings…”. Helmed by Collin D’ Cunha, Dostana 2, the film is produced by Karan Johar, Hiroo Johar and Apoorva Mehta. Earlier, there were rumours that Rajkumar Rao Will play the third lead but looks like Karan was keen about launching a fresh face.
admin September 5, 2019
Previous Article Pariyanka Chopra And Rajkumar Rao To Star In Netflix Adaptation Of The White Tiger
Next Article Salman Khan: It’s taken me about 30 years to grow from ‘Sallu’ to ‘Bhaijaan’ 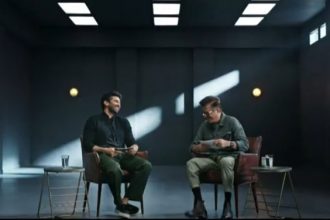