Nupur Sanon and Kriti Sanon, the most loving and adorable siblings of the industry. Recently the duo over the instagram and shared an amazing reel which featured both the Nupur sisters. Kriti was seen in a sketchers sweat shirt terming herself as “Happy Treat”. In the vedio Nupur Sanon us seen disturbing Kriti and annoying her while she was trying to concentrate on something. The sibling duo are often spotted together. Both of them keep sharing glimpses of each other on their respective instagram stories. Seeing them gives us “sibling goals”. Every year the duo tie Rakhi to each other, and hence break sterotype that Rakhi is not just for brothers and sisters ,it’s a festivla which can be shared in between siblings.

Indian actress Kriti Sanon primarily is famous in Bollywood movies. In 2014, she made her acting breakthrough in the psychological suspense film Nenokkadine in Telugu. Sanon’s portrayal in the 2014 action movie Heropanti—her first venture into Hindi film—earned her the Filmfare Award for Best Female Debut.Since then, Sanon has starred in the critically acclaimed romantic and comedy tale Bareilly Ki Barfi and Luka Chuppi .Her highest grossed movie till date are essemble comedies like Dilwale and Housefull 4 . She won acclaim for her performance as the surrogate mother in Mimi which bought her immense fame.Sanon was included in the 2019 Forbes Indian Celebrities top 100 list. She also brought in her own clothing line and is a spokesperson for a number of companies and goods.
An aspiring actress and singer, Nupur Sanon is Kriti Sanon’s sister. In 2005, she posted her debut song, “Bekarar karke,” to YouTube. and captured the hearts of many viewers. Following that, she also performed “Teri Galiyaan,” which was a great hit on YouTube. She also performed “Janam” from “Dilwale.”With B Praak’s music video Filhaal, opposite Bollywood actor Akshay Kumar, Nupur Sanon makes her on-screen debut. She also had an appearance in the Filhaal2 music video.
Well the sibling duo are doing very good in their respective lives and are doing really well in the industry too. 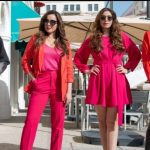 The release date of Netflix’s Fabulous Lives of Bollywood wives revealed.
Next Article 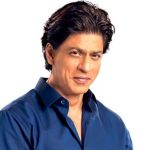