Kriti Sanon, recently has taken over the social media and had expressed gratitude to all her fans for giving her so much love. She shared an immensely amazing reel celebrating her 50 million instagram followers. The reel which the actress shared consisted of glimpses from various personas she performed onscreen.

Speaking about the actress’s journey, Kriti Sanon won the Filmfare Trophy for Greatest Female Debut for her role in the 2014 action flick Heropanti, which was her debut foray into Hindi cinema. Before making her big-screen debut, Kriti Sanon participated in a variety of television commercials for brands including Closeup, Vivel, Samsung, Bata, and Amul. In 2015’s Dilwale, helmed by Rohit Shetty and reputedly one of the highest-grossing films ever, Sanon made her second appearance in a Hindi film.

Kriti Sanon’s highest-grossing movie wes the ensemble narrative Housefull 4 after which she starred in the commercially successful romance comedies Bareilly Ki Barfi (2017) and Luka Chuppi (2019). Kriti Sanon received immense praise for her portrayal of the surrogate in the 2021 film Mimi. Kriti Sanon was listed on the 2019 Forbes India Celebrity 100 list. In addition, she created her own line of clothing and serves as a spokeswoman for a variety of brands and products. Kriti Sanon currently has massive movies like Shehzada, Adipurush ,Ganapath Bhediya etc.

In addition to previously mentioned movies, Kriti has also been seen in movies like Hum Do Hamare Do, Bachchan Pandey, Pati Patni Aur Woh etc. For those who are unknown, Kriti Sanon is a professional software engineer. She stated in an interview that acting was her passion and she knew she wanted it. After she started getting offers of modelling the actress said that she knew she needed to quit engineering and get into acting as profession. Well all we desire is success and growth for Kriti. Other than Kriti, bollywood actress who have tremendous followings are 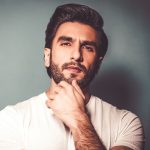