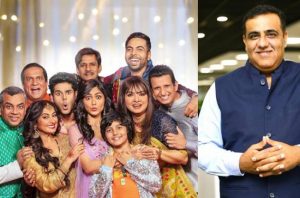 The movie’s director Umesh Shukla , who is known for helming motion pictures like ‘OMG: Oh My God’, ‘Dhoondte Reh Jaoge’, and ‘102 Not Out’ among others. The film has been composed by Jitendra Parmar and the music of the film is composed by Sachin-Jigar. The movie ‘Aankh Micholi’ is the production of Sony Pictures Films India, Umesh Shukla and Ashish Wagh’s Merry Go Round Studios. The film will hit the big screens on May 13, 2022.