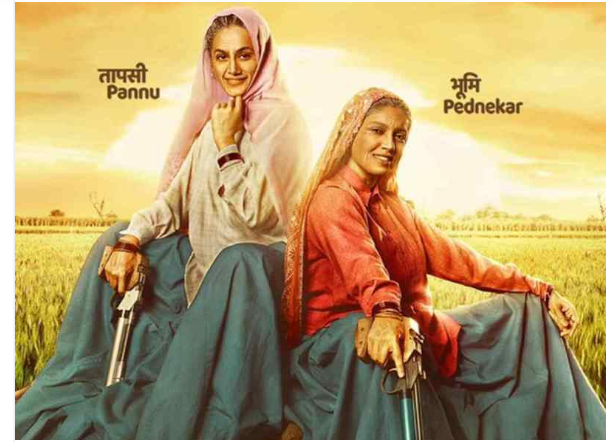 The story of this movie is based on two women, who broke away from the bounds of a patriarchal society and rose above their age. Taapse and Bhumi pednekar will be seen in the role of sharpshooters Chandro Tomar and her sister-in-law Prakashi Tomar who are very old but still energetic. The makers of the movie have released their first look of the characters played by leading Taapsee Pannu and Bhumi Pednekar. The looks they have shared is looking very cool. They had covered their head in veils and holding a gun in their hands.