R Madhvan who was recently seen in Rocketry- The Nambi Effect, has took over the social media and shared some blissful moments exchanged with the very renowned personalities Rajnikant and Nambi Narayan. In some vedios and photos that Madhvan shared, we can see Rajnikant felicitating R Madhvan and Nambi Narayan. Madhvan wrote “When you get felicitation from a renowned personality who is an one man name himself in presence of another legend, then what else you require ?” He further thanked Rajnikant for his humble and noble words of wisdom. Seeing the glimpse of these happy moments, shared among the three very renowned people, fans have shared their happiness over the post. Speaking of R Madhvan’s directorial Rocketry- The Nambi Effect, which was based on the real life story of Nambi Narayan, was present at the Cannes Film Festival. The film’s scriptural got immense appreciation and hence R Madhvan made the whole country proud. The movie when premiered in India, received mixed response. Well the most intruging part of the film was the tale didn’t consist of any songs or something, that adds spice to the movie. It was just a simple film, which was based on a true story, filmed in a way that reached audiences’ heart. Some really liked the idea of this film as this was just not a biographical ideal Bollywood movies, it was different and unique.
Speaking of Rajnikant, the actor is whole legend who has built an empire on his name. His movie are trend setter. Just a name “Rajnikant” and the film will definately work. He is the one massive name which is famous worldwide and has tonnes of fans. Even at this age, the actor never fails to work hard for his fans and followers. Well the recent glimpse of pictures shared by R Madhvan has a special place in audiences’ heart. 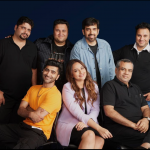