At midnight, Akshay Kumar released a brand-new song from his forthcoming movie Raksha Bandhan called Done Kar Do. Akshay sings the song at a jagran to start the devotional routine, and at the conclusion, the actor falls asleep on stage using the mata ki chunni as a comforter. Additionally, it demonstrates how Akshay’s Lala Kedarnath manages a restaurant and deals with the outrageous antics of his siblings. 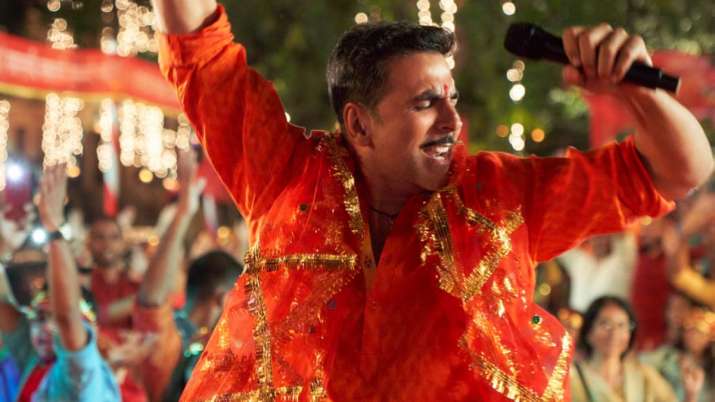 ThDone Kar Do, performed by Navraj Hans, with tunes by Himesh Reshammiya and lyrics by Irshad Kamil. The track also illustrates how Akshay struggles to balance his work and personal life as his 3 out of 4 siblings frequently cause a fuss. The only sister to provide support to Lala Kedarnath is the oldest of the four.

Aanand L. Rai is the director of the film Raksha Bandhan, which also stars Bhumi Pednekar and Akshay. In the movie, Akshay’s sisters are portrayed by Sahejmeen Kaur, Deepika Khanna, Sadia Khateeb, and Smrithi Srikanth. Seema Pahwa plays a matchmaker role in it as well.

Akshay already released some photos from the Raksha Bandhan set. He shared their Instagram post with them and said, “A movie honouring the strongest relationship in which there was actually a lot of connection. Sharing a few memorable scenes from this extremely unique movie, which will hit the theatre near you in one month. On August 11, #RakshaBandhan opens in theatres.” On several days of the filming, he could be seen hugging Aanand L Rai and the casts in the movie on the sets. The movie’s August 11, 2022, launch date puts it in direct competition with Aamir Khan’s eagerly awaited flick Laal Singh Chadha. It is Akshay’s third film to be released this year after Samrat Prithviraj and Bachchhan Paandey.

Akshay Kumar uploaded a photo of himself and her on his Instagram account on Monday, While Bhumi Pednekar wore a real black blazer, formal slacks, and stunning golden colour earpiece. He is wearing ribbed denim and a funny patterned shirt.