In an interview recently, Shilpa Shinde talked about how she has seen police officers receive messages about conducting raids at parties, how talent management companies and actors collaborate, and how there are good people in Bollywood too. 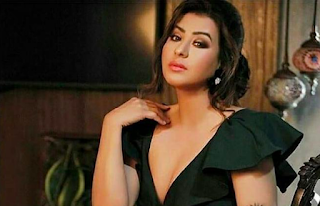 Shilpa Shinde spoke about the nexus between drugs and Bollywood in a recent interview. She has opined that naming a particular Bollywood celebrity is easy and also stated that there are good people in the industry as well. She also revealed that she has seen police officers receive messages about raids at drug parties.

In an interview with Times Now, Shinde quoted the incident that happened during Bhabhiji Ghar Par Hain and said, “When I was meeting police officers when the Bhabhiji matter was going on, I have seen they used to receive messages about conducting raids at parties and other places. And those are normal parties, not celebrity parties.”

She added, “I am not taking the side of any celebrity or a Bollywood actor. You know me. I cannot do maska-polish. But this has happened everywhere. We all know that this happens everywhere. In Bollywood, all this happens openly, and to take a celebrity’s name is very easy. People enjoy talking about celebrities.”