Tiger Shroff and Kriti Sanon from the film Heropanti will be on the forthcoming episode of Koffee With Karan 7. There will undoubtedly be some amusing and juicy dialogue between the duo and Karan Johar. Tiger and Kriti might have some amusing disclosures about themselves as they move from their work lives to the front of their personal lives. The promo opens with Karan Johar asking Kriti Sanon if she had been turned down for roles before making her acting debut in the 2014 film Heropanti. Kriti Sanon responds that her first audition was for the film Student Of The Year (first installment). When Karan Johar, the film’s director and producer, learned that Kriti Sanon had been turned down for the role, he gave an embarrassed smile and said, “Oops.” When Karan Johar asks Kriti if she was disappointed that Tiger didn’t approach her, the latter responds by hinting that the Mimi actress was already involved with someone at the time.Kriti Sanon responds to this with an epic pun-worthy statement that she would not date Tiger Shroff since he frequently “flips,” also referring to his somersaulting backflips. Karan Johar also asks Tiger during the rapid-fire round whether he has any “games,” to which the latter responds, “I have no games,” making a zero motion with his hands that sends KJo into fits. Tiger continues by declaring his envy of Ranveer Singh’s wife, Deepika Padukone, in another statement. Tiger Shroff responds that Deepika Padukone’s beauty and talent are the reasons, and Karan Johar can’t help but laugh at this. It appears that the show may have some double-meaning innuendos, which will be fun to watch. Kriti Sanon and Tiger will both appear in the programme wearing some of their most fashionable attire. Tiger is smart in a white shirt, a yellow blazer, and yellow slacks, while Kriti looks stunning in a bright pink dress with a dramatic helm and a half-shoulder. The full episode is really awaited by the viewers. 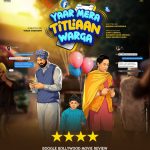 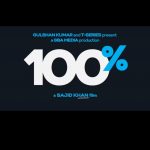