Well, Indian films are proving themselves on big platforms. Be it Asian Film Awards, International Film Awards and many other international gracious platform, Indian Films have proved that they are no less. Well now making everyone of us elated, certain Indian films and actors are now in running for Oscars nomination. Well below is the list of actors and films who are in consideration for nomination as Oscars S S Rajamouli’s RRR which starred Jr.NTr, Ram Charan, Ajay Devgan and Alia Bhatt is in running for nominations at 95th Oscars awards. The possible nominations could be of Best Direction, Best Actor in Male and Best Actor in Supporting Role etc. The movie was a massive blockbuster and we are elated and excited to see the recognition on such a big platform. The most loved track of the film Naatu Naatu has made it to shortlist for Best Original Song category.
2) The Kashmir Files
The movie which absolutely after various controversies made way towards the viewers, is now eligible for voting as it has been nominated among 300 films. The film maker Vivek Agnihotri shared this news via twitter. Other than this actors of the film Pallavi Joshi, Mithun Chakraborty, Darshaan Kumar and Anupam Kher are in running for nominations in the acting category. The massive blockbuster hit of South, has also been enlisted as it’s eligible for Oscars. The team has shared that they have received two Oscars nominations. It is to be informed that the movie will not be only eligible for Best Film but the entire caste stand a chance to secure positions at Best Actor nominations. Gangubai Kathiawadi is also eligible for the nominations now. Alia Bhatt who was the leading lady, is contending for best actress nomination. Well the whole team is really elated and excited. R Madhvan who played the duo role as an actor as well as director, has elatedly expressed his happiness on the news of his movie getting eligible for nominations. The movie got enormous appreciation in Cannes Film Festival too. 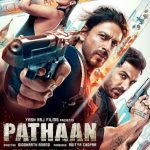 Much anticipated trailer of Pathaan revealed.
Next Article Kartik Aryan will be a part of Bhool Bhulaiyaa 3, makers aim 2023 release. Deets inside.