Tiger Shroff presently has an amazing upcoming projects which includes Ganapath and Bade Miyan Chote Miyan, the latter of which will be his first collaboration with fellow martial artist and actor Akshay Kumar. Both films are produced by Vashu Bhagnani and his son Jackky Bhagnani’s Pooja Entertainment, which has been around for a long time.That being said, it appears that Tiger Shroff’s supporters and fans will have to wait a bit longer than the previously announced release date as the date has been rescheduled for Ganapath. The main concern was also the clash of Ganpath with big hollywood and bollywood bmovies which are of big scale and are likely to do well on box office. 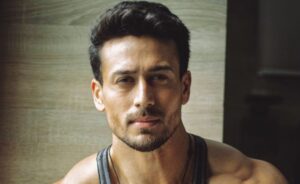 Ganapath may be delayed from its original December 23rd release date, according to a well-placed industry insider has exclusively revealed. So, why would the Tiger Shroff and Kriti Sanon blockbuster, helmed by Vikas Bahl of Queen and Super 30 fame, ostensibly skip the lucrative Christmas period, especially since the film’s premiere is still months away? Well answering this the insider elaborates that the story will spread because the film’s VFX will require substantial work, much of which will be declared pending, while the real reason appears to be something quite else. The source continues, “After the failure of Heropanti 2, Vashu Bhagnani and his son Jackky Bhagnani don’t want to take any risks with his next big release,” and “With Avatar The Way of Water releasing just a week before Ganapath on December 16th, and Cirkus scheduled to be released on the same day as Ganapath on December 23rd, the producers are concerned that their venture might get wedged between these other films. Moreover, they seem to be a little sceptical about the viewer’s selection in a three-way fight, particularly in light of Heropanti 2’s failure, and so believe it’s necessary to take certain step as a caution.