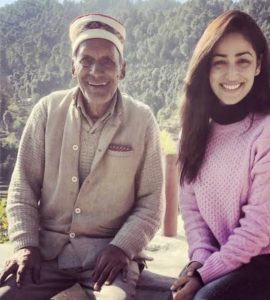 Nawazuddin Siddiqui had told Mirror (September 10, 2015) that he used to work in the fields of Budhana, till the age of 22 and that he likes to visit his village at least twice a year. We have now learnt that Yami Gautam is returning to her roots as well. The actress had bought a farm in Gohar, Himachal Pradesh last July, and is going back there this November to learn organic farming.
The actress informs that she wanted to gain first-hand knowledge of farming and understand how to minimise the use of fertilisers and medicines. “We started organic farming last year on a small scale. I don’t know anything about organic farming technically and it is something you learn over time. So, after I finish the last schedule of Ginny Weds Sunny in Manali, I’ll take off to my farm for four-five days to focus on it. My family will also join me from Chandigarh to help plan the future produce, learn more about eco-friendly equipment and new techniques of farming,” says Yami, adding that since last year they have grown plums, apples, apricots, ginger, onion and tomatoes.

She goes on to add that while she was growing up, her family always maintained a little kitchen garden in their Chandigarh home, which inadvertently introduced her to the concept of organic farming early on. “We grew as many vegetables in our backyard as possible, like eggplants, bottle gourd, bitter gourd, chillies and coriander. We used to pluck them fresh and make sabzi. The idea is to eat healthy,” says Yami.