Farah Khan made a revealation during a recent media interaction that she might begin production on her upcoming movie before 2022 comes to a close. After Happy New Year (2014), which starred Shah Rukh Khan and Deepika Padukone, the director-choreographer-producer has been spending her free time to prepare for her next major project.”What’s great now is that my style of cinema is back,” Farah exclaimed. Because my kind of movies weren’t being created, there was a long period of time when I didn’t make any. It’s time for the high-profile, blockbuster commercial entertainers and tentpole movies. These are the ones doing the job. But this time, I would like to keep my plans to myself until they are implemented. I used to have a large mouth and, out of pure joy, I once showed all my cards. But for now, all I want to do is concentrate on getting the job done. Two movies that Farah was tipped to direct have generated interest in recent years. She had previously made the announcement that Rohit Shetty will support her comedy-entertainment film. According to rumours, Parineeti Chopra played one of the main characters in the second movie, which featured two heroines. Farah even said that she and Rohit have the desire of co directing the film. “He has already given the required bonus and he will not take it back. Although he was not my buddy, he called to see how my family and I were doing when we were going through a difficult time a while back. I feel a great deal of empathy toward him because of that show of support. In order to respond to your query, I can only state that our movie will be made. Well now that there has been a statement released from Farah Khan, fans are eagerly waiting to know all about the movie she is working. 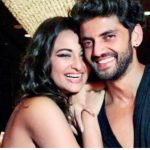 Sonakshi Sinha and Zaheer Iqbal to be seen onscreen together? Read deets inside.
Next Article 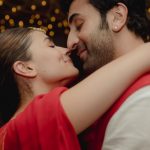