When we hear words like “Cop Universe” “Action” etc the only name that strikes our head is Rohit Shetty. Rohit Shetty who is known for his several heroic police action films, is the heading director of the particular segment. He has massive fans who are addicted to his action moves and story picks and now it seems that fans are even going to get hyped after reading this article. Well the common element in all these massive projects was Ajay Devgan who played pivotal role in Singham and it’s sequel and appeared as a cameo role in Simmba and Sooryavanshi. And now the only question which viewers have in their mind is, who will star in a the next big project of Rohit Shetty? Will it be Ajay once again or we can expect some other leading stars? What will be the project? Will it comprise of Cop stories and action? Well we need to live in suspense till there is any confirmation from Rohit Shetty himself. Rohit Shetty recently is occupied with his OTT debut series which stars Sidharth Malhotra, Vivek Oberoi, Isha Talwar and Shilpa Shetty in pivotal roles. Yes you heard it right. Rohit is about to bring the cop universe to OTT. The series build this time will not be based on Maharastra Police but will be tale of Delhi Police. The action full cop tale is suppose to get premiered next year i.e 2023. So if this is the OTT plan, what is Rohit’s big screen plan? Fans are eagerly waiting for Rohit to disclose any hints about the project and the star caste. 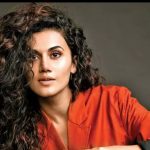 Tapsee Pannu gets severe hype because of these bizzare reasons. Deets Inside.
Next Article 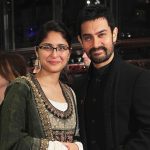 Kiran Rao to wear director’s hat after 11 years. Deets inside.