Khatron Ke Khiladi 12 is a show that we eagerly anticipate. The contenders must battle out some hazardous stunts with Rohit Shetty as the ruthless, encouraging, but unrelenting taskmaster. There’s a mix of TV stars, reality show participants, and influencers this time around. Shivangi Joshi, Rubina Dilaik, Sriti Jha, Mohit Malik, and Pratik Sehajpal are among the show’s big stars. Munawar Faruqui, Mr Faisu, and Jannat Zubair are among the celebrities that have attended. Every year, fans speculate on who could be the show’s highest-paid contestant. Well this time it’s speculated that the influencers Jannat and Faisu are going to nag millions for the show. 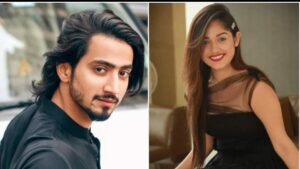 According to sources, after the success of Lock Upp, the producers decided to bring in a diverse group of candidates. Actors such as Rubina Dilaik, Shivangi Joshi, and Sriti Jha have a large and devoted fan base, but the channel wants the show to be seen by the millions of followers of influencers such as Mr Faisu and Jannat Zubair. Mr. Faisu has over 27 million Instagram followers. He has also done many music vedios and appeared in a web show too. Well as per speculations he has also been offered a gurantee of 6 weeks and huge payment by creators of the show. Jannat Zubair, meanwhile, has a huge young aged following across India. While the exact sums have not been revealed, it is known that these two have received the show’s highest compensation deal. This is done in order to get teenagers and adolescents to watch the adventurous reality programme on TV. The fact that youth people do not watch television is a source of concern for the industry. TV is seen as a medium for people aged 30 and up. Well all the contestants have reached South Africa and the shooting will be started in a few days.