When they appeared together on “Koffee With Karan Season 7,” Sara Ali Khan and Janhvi Kapoor caused quite a stir. It appears that the two have now agreed to collaborate on something. At least, that’s what Sara’s most recent photo, in which Janhvi and she are both gawking in disbelief at the camera, suggests. In the photo that Sara posted on her official Instagram account, Janhvi Kapoor and Sara can be seen standing in front of the camera while wearing pullovers and seeming astonished. Sara Ali Khan wrote in the image’s description, “After preparing hot coffee, we eventually shot the following scene as ko-actors: Watch us and let us know what you think by tweeting us at @janhvikapoor.” Although Janhvi has not yet commented on the image, we are left to speculate as to what this might be about. Are Janhvi Kapoor and Sara Ali Khan collaborating on a movie? There has been no official announcement or confirmation as of yet, but Sara’s well-known shayari-style caption does imply that the two may be working on a project together. Sara, on the other hand, utilised the caption from their incredibly popular “Koffee With Karan” Season 7 episode when they encouraged and teased each other and discussed various aspects of their friendship.
In a movie that hasn’t been given a name yet, Sara Ali Khan will appear alongside Vicky Kaushal. Atrangi Re, Sara’s last movie starring Dhanush and Akshay Kumar, received a lot of positive reviews from critics and viewers. On the other hand, Janhvi Kapoor has been on a high with the positive reviews of her most recent OTT movie, “Good Luck Jerry.” Alongside Varun Dhawan, Janhvi has “Bawaal” in the works. Well movie, advertisement or whatever, Sara Ali Khan and Jahnvi Kapoor’s picture had left fans in eager and anticipation. Well we are waiting for them to clarify on this and till then we just need to anticipate and suspect whats on the go for the audience. 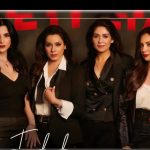 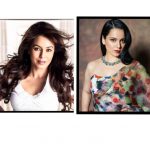