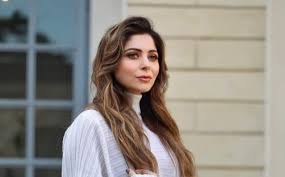 Lately, after testing positive for the coronavirus, bollywood singer Kanika Kapoor said there have been several “wrong exchanges of information” regarding her travel timeline and battle with the disease.

She was  booked by the Uttar Pradesh Police for negligence and committing acts that were likely to spread the infection after she attended at least three gatherings in Lucknow, including a party where political personalities, including senior BJP leader and former Rajasthan Chief Minister Vasundhara Raje and her son, Dushyant Singh, were present.

In a statement, the singer said she is aware of “several versions of stories” about her diagnosis, but “negativity thrown at a person does not change the reality.”

“Some of these seem to be fuelled even more because I have chosen to be silent till now. I stayed quiet not because I am wrong but in-fact being fully aware that there have been misunderstandings and wrong exchanges of information. I was giving time for the truth to prevail and for people to reach their own realisation,” she said.

Kanika said there were certain facts about her case which she wanted to clarify, starting with how every person that she came in contact with, be it in the UK, Mumbai or Lucknow has “shown no symptoms of COVID-19.

“I travelled from the UK to Mumbai on March 10 and was duly screened at the international airport. There was no advisory on that day (UK travel advisory was released on March 18) that stated that I needed to quarantine myself. I showed no ill health so did not quarantine myself.”

“On March 14 and 15, Kanika said she attended a friend’s lunch and dinner and clarified “there was no party hosted by me and I was in absolute normal health.”

However, on March 17 and 18, she developed symptoms and said she got herself tested on March 19.

“On March 20 when informed that my test was positive, I chose to go to the hospital. I was discharged after their negative tests and have since been at home for 21 days.

“I want to especially thank the doctors and nurses who have so graciously taken care of me during a very emotionally testing time. I hope that all can deal with this matter with honesty and sensitivity,” she added.

rubbalchauhan April 27, 2020
Previous Article Priyanka Chopra “Felt Like Wearing A Saree” So, Here She Is
Next Article Kriti Sanon On Nepotism: “If I’d Been From A Film Family, I Wouldn’t Have To Reach Out To Directors”