Big Boss is the most fascinating show and the best entertainer. The new season is on the league now and the following contestant are in the news for the show. Khatron Ke Khiladi 12 has elevated the popularity of Faisal Shaikh, often known as Mr. Faisu. Jhalak Dikhhla Jaa 10 presently features the internet sensation. If the agreement between him and the BB producers goes through, his entrance into the house will be organised in accordance with his experience on the dance reality show.
2. Fahmaan Khan. According to reports, Fahmaan Khan, who just left Imlie, has been asked to host the show. It’s thought that the actor and Bigg Boss 16’s producers are now in negotiations.
3. Subhangi Atre. If she commits, viewers will be thrilled to see Angoori Bhabhi from Bhabhi Ji Ghar Par Hain on the programme. She reportedly received a call from the show’s producers asking to appear.
4. Tina Dutta Who can forget Tina Dattaa? The actress will also take part in Bigg Boss 16. She was last seen on television in the ghost story Daayan, which ended three years ago. The same was confirmed by a BT source.
5. Raj Kundra After Shilpa Shetty’s sister Shamita Shetty, her husband Raj Kundra will appear on Bigg Boss 16, according to sources and speculations. Although Raj is still debating whether or not to join the show, it is said that Raj and the show’s creators have spoken. Raj was detained in July 2021 for allegedly manufacturing pornographic videos and was given bail in September, according to a source cited by reports “They feel the actual side and the truth needs to be presented in front of the country.”
6. Nusrat Jahan It’s anticipated that Nusrat Jahan will take part in the show. In addition to her current endeavours, Nusrat currently has movie offers, commercial offers, and political obligations. She is skilled at striking a balance between her personal and professional lives. The new mother uses social media extensively. Nusrat, who is dating Yash Dasgupta, enjoys experiencing life to the fullest.
7. Jannat Jubair. Jannat Jubair who became famous for her role as Pankti in Tu Aashiqui is most likely to appear on Bigg Boss 16. Recently, the actress was spotted in Khatron Ke Khiladi 12. According to a source who spoke with BT, Jannat will appear in the forthcoming season of the programme. Her father, though, has refuted the information.
8. Nisha Pandey According to reports, the well-known musician and performer from the Bhojpuri business has been contacted about competing in Bigg Boss 16. She is a famous Bhojpuri singer. She has resolved her sessions of conferences virtually and eventually the makers have welcomed her for a one-to-one meeting from Bihar to Mumbai. If items fall into place, Nisha might be able to fly from Bihar to Mumbai, as per source. 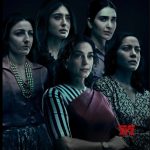 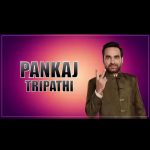