Sushant had been preparing for the role in 2017 which is why he visited the National Aeronautics and Space Administration (NASA) to get a first-hand experience of an astronauts’ life.

On June 14, 2020 Actor Sushant Singh Rajput died leaving his fans numb. The entire world mourned when he left the worldly journey behind, for heavenly abode. Now director Sanjay Puran Singh, who was also a great friend of late actor, has decided to revive the film ‘Chanda Mama Door ke’ in order to pay him tribute.

The upcoming film Chanda Mama Door Ke, was publicised as India’s first ever space film, was to star late actor Sushant Singh Rajput. The project was announced in 2017 and originally had Rajput playing the role of an astronaut. However, the Dil Bechara actor left the project due to multiple delays a year after its initial announcement. Director made a statement while saying that “Whenever I make the film, it will be a tribute to Sushant. He was so attached to the script that I owe this to him. He had given a lot of inputs to the material. Sushant Singh Rajput had prepped for the role in 2017. He visited the National Aeronautics and Space Administration (NASA) to get a first-hand experience of an astronauts’ life.” 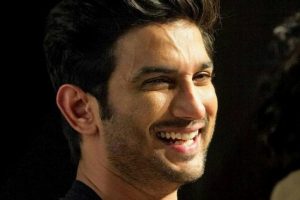 The director also shared how the MS Dhoni star was ‘attached’ to the film and his role as an astronaut, which is why he plans to make it as a tribute.