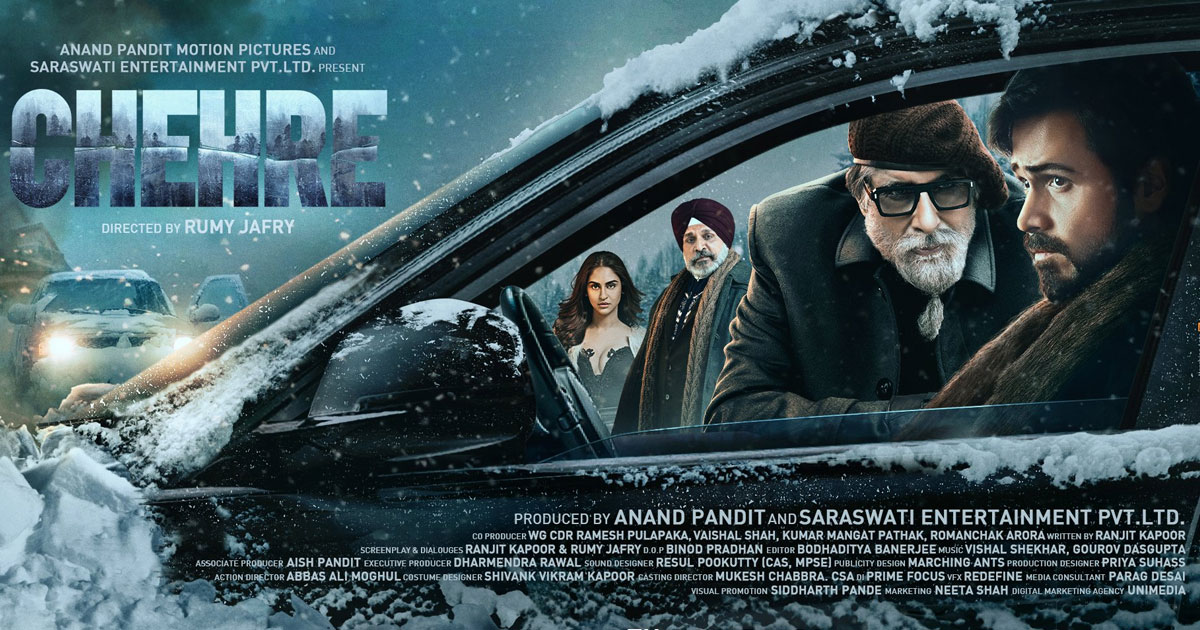 The teaser of the film Chehre is out. The film is being directed by Rumy Jafry and stars Emraan Hashmi and Amitabh Bachchan.

The duration of the teaser is 45 seconds. The teaser starts with a dialogue that says ‘There is no person on this earth who has not committed any crime’. After that Emraan Hashmi`s image appears and a dialogue keeps running that says, ‘Innocent are the ones who have never been caught’ and then Amitabh Bachchan`s image appears and the dialogue behind that says ‘The judiciary in the country only gives ruling and not justice’. The film also stars Raghubir Yadav and Krystle D’Souza. Rhea Chakraborty was also a part of the film last year but when the poster was released, she was not seen in the poster.

Rhea and her brother were arrested by the NCB in a drug case. They were in jail for a month and they were released last month.

But now Rhea will continue to work. A filmmaker revealed, “Of course I want to work with her. She is pretty, and talented. And now people want to see her. I don’t mind working with her even if she’s out on bail. If Sanjay Dutt could be so busy during his bail phase why can’t this girl work? She and her poor family has gone through a lot. All the pain would make her a better actress than she was a year ago.” 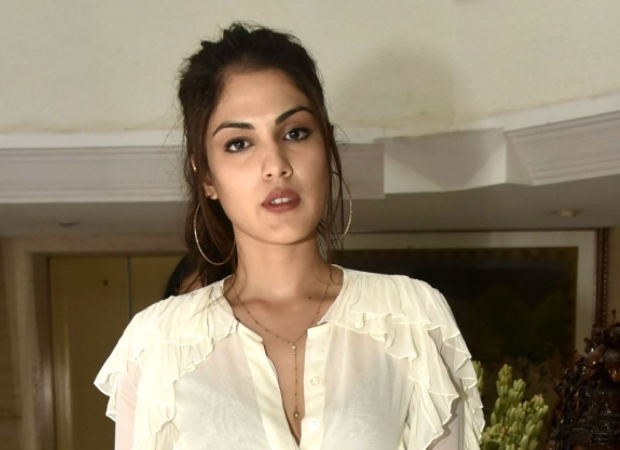 Rumi Jafry`s plan is to sign her in Sushant-Rhea project that will star Rhea and some other hero or in some other project. “But I will work with her for sure. She deserves another chance. She is talented and beautiful and she’s gone through a lot.”

Amitabh Bachchan was last seen in the Amazon Prime release ‘Gulabo Sitabo’. The film starred Ayushmaan Khurana along with Amitabh. He will also be seen in ‘Brahmastra’ with Alia Bhatt and Ranbir Kapoor and in ‘Mayday’ with Ajay Devgan and Rakul Preet Singh.

Emraan Hashmi will be seen in ‘Mumbai Saga’ with John Abraham and others. His last release was ‘The Body’ with the late Rishi Kapoor.