The upcoming Punjabi animated film ‘Dastaan E Miri Piri’ has been into headlines since its announcement the film is dedicated to the martyrdom of fifth Sikh Guru Arjun Dev Ji and how Sixth Guru Hargobind Sahib Ji wore two swords of Miri and Piri symbolizing both worldly  and spiritual authority to fight against the torments of the Mughal Empire. This film is directed by Vinod Lanjewar.

On the Saheedi Diwas of the fifth guru of Sikh religion Shri Guru Arjun Dev Ji, White Hill Studios will set to release their film.

Recently, the makers of the film have released their track which is literally gaining a huge response from the audience. Bollywood Singer Kailash Kher has sung the song. This is for the first time when he has sung a Punjabi song. Ustad Rashid Khan and Shafqat
Amanat Ali has also given their voice to other songs of the film. 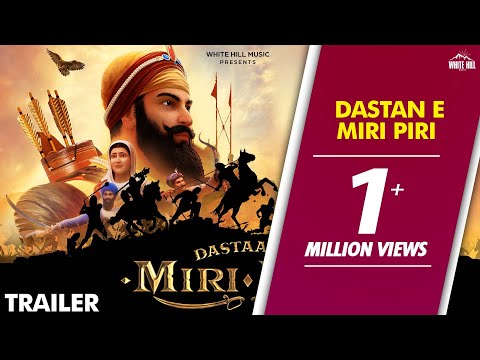 The song has been written by Bir Singh music of the film is given by Kuljit Singh. This film ‘Dastaan-E-Miri Piri’will release on 5th June 2019.