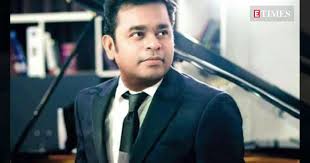 The picture has been shared on Twitter by user Taslima Nasreen whose bio reads Secular Humanist, Feminist, showing a zoomed-in image of a burqa-clad woman. The caption reads: “I absolutely love A R Rahman’s music. But whenever I see his dear daughter, I feel suffocated. It is really depressing to learn that even educated women in a cultural family can get brainwashed very easily!”

Facts checked the image by browsing through Bollywood singer A.R. Rahman’s official Twitter account, which showed the non-cropped full image as posted by him on February 9, 2019, a year ago. It is unclear why the user Taslima Nasreen chose to share an image that was posted a year ago.

The full image shows AR Rahman’s wife and two daughters along with Nita Ambani. His wife Saira and other daughter Raheema are not wearing a burqa/hijab while his daughter Khatija is. The caption reads, “The precious ladies of my family Khatija, Raheema, and Sairaa with NitaAmbaniji #freedomtochoose.”

In one of the posts Singer, AR Rahman tweeted, “The precious ladies of my life Khatija, Raheema, Sairaa with NitaAmbaniji #freedomtochoose.”

When the Google search was done on the issue, it showed news reports from a year ago, where AR Rahman’s daughter had given her statements and said, “I would like to say that the attire I wear or the choices I make in my life does not have anything to do with my parents. The veil has been my personal choice with complete acceptance and honor.”