Home Latest Buzz DEEP6 by Shoojit Sircar and Ronnie Lahiri to be premiered worldwide at...

Madhuja Mukherjee directorial movie, DEEP6 which is centred around Kolkata in 2011, will be having its screening worldwide at the 26th BUSAN International Film Festival (BIFF). This enormous ten days Film Festival will be held from 6th October to 15th October 2021. 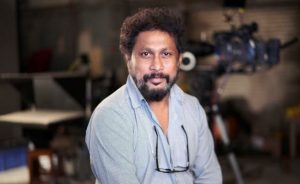 The movie will be screened under the category of ” A Window on Asian Cinema”. This specific category comprises different themes and styles that are represented by Asian Cinemas and also includes the biggest and extraordinary movies by Asian Filmmakers. Producer Shoojit Sircar is delighted by this amazing news and has said that he is absolutely grateful and proud that a brilliant masterpiece like DEEP6 will be having its screening on such a global platform as the Busan Film Festival. He also appreciated his teammates and said that it was an absolute honour to work with such an amazing bunch of people.

DEEP6 by Shoojit Sircar and Ronnie Lahiri to be premiered worldwide...