Home Box Office Collection Deepika Padukone and Sanjay Leela Bhansali not on good terms because of... 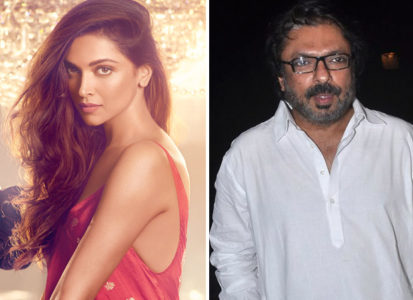 Deepika Padukone and Sanjay Leela Bhansali have not been on good terms since some time now. A source said that this is because Sanjay decided to make ‘Gangubai Kathiawadi’ with Alia Bhatt and did not choose Deepika for the part.

A source tells, “Deepika and SLB formed a powerful combo, with three super hits, Ram Leela, Bajirao Mastani and Padmaavat. Of course, the two bonded very well and for Deepika, Bhansali was like a mentor. When she announced the ambitious epic, Draupadi, it didn’t have a director on board. Since the script followed a template from the Indian history and mythology, Deepika felt, her close friend, Sanjay Leela Bhansali would be the best to direct. However, she was shocked when Bhansali politely refused the offer as he preferred on making his dream projects like Gangubai Kathiawadi and Baiju Bawra”. This led to upsetting Deepika and she was offered a song in Gangubai Kathiawadi which she refused to do.

She was also offered a role in ‘Heera Mandi’ that is a web-series directed by Bhansali and she did not take that role as well.

“But it’s all temporary. The two are thorough professionals, and when SLB approaches DP with another script, she will definitely come on board if she likes what is written. Right now, both are busy with their own work, which has probably resulted in cut off from conversations. But another collaboration will happen and this cold war will end. You never know, they might just come together on Baiju Bawra once Gangubai Kathiawadi is out of SLB’s system.”

Right now, the hunt for the director of Draupadi that stars Deepika is going on.

Deepika will be seen in the films ‘83’ with her husband Ranveer Singh, ‘The Intern’ with Amitabh Bachchan, ‘Pathan’ with Shah Rukh Khan and John Abhraham and ‘Fighter’ with Hrithik Roshan.

Deepika Padukone and Sanjay Leela Bhansali not on good terms because...