Home Latest Buzz Deepika Padukone dedicates her first award of the year to Laxmi and... 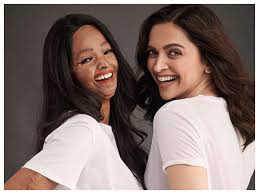 Deepika Padukone started the year with an impactful release as ‘Chhapaak’ hit the screens earlier in January. The movie narrates a real-life story of an acid attack survivor, Laxmi Agarwal and while it did not do very well at the box office while sending across a strong message about it.

Last night, at the Femina Beauty Awards 2020, the actress was given an award for being the most powerful performer of the year, and while she gracefully accepted it, she has a dedication to make.

She went on saying, “Chhapaak truly has been the most difficult film of my career… Having said that, ‘Chhapaak’ for me is not just a film. It is a movement; that has challenged the definition and our understanding of ‘Beauty’. I dedicate tonight’s award to Laxmi Agarwal and every single acid attack survivor who on this most incredible journey has shown us all what beauty truly means!.”

Meanwhile, Deepika is currently gearing up for multiple films, however, the last announcement she made was about working on the Hindi remake of ‘The Intern’, which will be co-starring Rishi Kapoor.

And she could also be seen in the film ‘83’ opposite to her husband Ranveer Singh, based on Kapil Dev former Captain of Indian Cricket Team which will release on April 10.