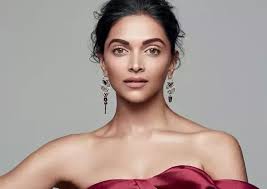 Deepika Padukone becomes another Bollywood celebrity to get a doll version of herself. The actress who received praise from one and all for her performance in ‘Padmaavat’, has now gained herself a perfect tribute to the character. Doll version of Deepika Padukone making rounds on social media. Draped in traditional clothes and matching pieces of jewelry, the doll looks like a spitting image of Deepika as Rani Padmavati.

A lot of celebrity dolls have been made before which also includes that of Saif Ali Khan and Kareena Kapoor Khan’s son Taimur Ali Khan  and this time it was that of Deepika that provoked us to grab a look at it twice. We wonder how would husband Ranveer Singh react to the same.

Sanjay Leela Bhansali starred Deepika Padukone, Ranveer Singh and Shahid Kapoor in lead roles. The movie received a positive response from the audience and from critics as well.

Apart from this, Deepika is also part of Shakun Batra’s untitled next where she will be seen co-starring with Ananya Panday and ‘Gully Boy’ actor Siddhant Chaturvedi.

Jitendra Kumar to play the love interest of Ayushmann Khurran in his Upcoming?