Delhi High Court announced on Wednesday that they refuse to stop the circulation of film based on Sushant Singh Rajput’s life on OTT (Over-the-top) platforms. Nyay: The Justice was released on a website on June 20. 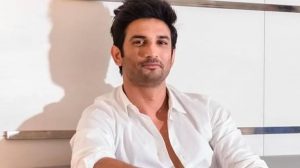 Late Sushant Singh’s father wanted the movie not released on any platform. The High Court consisted of a bench of Justice Rajiv Shakdher and Justice Talwant Singh rejected the application of Rajput’s father Krishna Kishore Singh, against releasing the film. The High Court will hear the case on July 14.

Senior Advocate Jayant Mehta, who was appearing for Mr. Singh, stated that the movie had been released on ‘Lapalap Originals’ website and sought an order restraining its release on other platforms.

Senior advocate Chander Lall, appearing for the film director, opposed the plea saying the film carried a disclaimer that it was not based on anyone living or dead. “Who is the plaintiff to control my film?” Mr. Lall said. Last month The High Court refused to stay the release of the film retorting that the actor’s details of the death are already in public domain and “posthumous privacy right is not permissible”. Rapjut’s father has challenged the order that also refused to restrain anyone from using his son’s name or likeness in movies.

Apart from Nyay: The Justice, there are three other films in the making on Sushant Singh’s life: Suicide or Murder: A star was lost, Shashank and an untitled crowd-funded movie.

“Matter is listed in usual course on July 14. Let the application be listed on same date. I don’’t want to second guess what the judge is going to do. I’’m not inclined to issue notice at this stage. In an appeal, you know what the rigour is,” the court said.

“Let it not go to any other platform from now and July 14… Let there not be another lapalap..,” the actor’s father’s advocate said.

Vijay Varma to start next shoot in Rajasthan