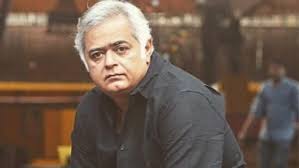 After AR Rahman, director Hansal Mehta has also now expressed his anger on the release of Sidharth Malhotra and Tara Sutaria song Masakali 2.0 song.  It became a food for memes and fans slammed it for ruining the original song. Filmmaker Hansal Mehta took to Twitter to urge people to reject the recreation of old songs and stop viewing them on YouTube.

He tweeted, “This ‘recreation’ of old songs can stop if the public rejects them. The numbers on YouTube for godawful versions of old songs are huge and hence music companies keep producing them. Stop viewing the videos. Stop listening to the songs. Stop playing them at events. They will stop.” In another tweet, he said, “We are complicit in this bastardisation of old songs. It is seen as a small price to pay for getting your film produced. Truth : it is a travesty. It is an insult to the original creator by an ecosystem that thrives on shit. Stop consuming shit. People will stop producing shit.”

He also added, “Yes. I am reacting to the awful, ear shattering #Masakali version. But check its YouTube views in 48 hrs. Then see how DJs blast it at events. And how people groove to the godawful version. Shit sells. While we cringe, somebody is laughing his way to the bank.”

AR Rahman, who composed the original Masakali, has also reacted to the new song. The music composer urged fans to listen to the original song and wrote, “No short cuts, properly commissioned, sleepless nights, writes and re-writes. Over 200 musicians, 365 days of creative brainstorming with the aim to produce music that can last generations. A team of a Director, a Composer and a Lyricist supported by actors, dance directors and a relentless film crew. Lots of love and prayers A.R. Rahman.” He captioned the note saying, “Enjoy the original #Masakali.”