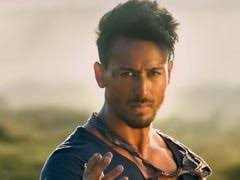 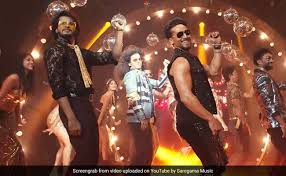 A new song titled ‘Disco Dancer 2.0’ featuring Tiger Shroff released on Wednesday. The song is a remake of the title track from the 1982 film ‘Disco Dancer’ starred Mithun Chakraborty in the lead role.

In the original version of the song, which was titled ‘I Am A Disco Dancer’  was one of the hit songs, Mithun Chakraborty led the show. Tiger Shroff’s shows his high performance in the ‘Disco Dancer 2.0’ sets the dance floor on fire. In one part of the video, Tiger Shroff can be seen performing the very famous dance step of Hrithik Roshan from the song ‘It’s Magic’ of the 2003 film ‘Koi Mil Gaya’.

‘Disco Dancer 2.0’ has been directed by Bosco Leslie Martis. The remake version of the song has been sung by Benny Dayal and credits Salim-Sulaiman for the music.

Sharing a glimpse from the video on Instagram, Tiger Shroff wrote, “Jhoomo aur nacho to disco dancer! Presenting I Am A Disco Dancer 2.0.”