Actress Disha Patani, who was as of late given a role as the lead in Dharma Productions “Yodha” took to web-based media today to refresh her fans with the new update that she has finished filming of her upcoming movie ‘Yodha’, which also stars Siddharth Malhotra and Raashi Khanna.

On Instagram, Disha Patani shared a video with Sidharth Malhotra from the movie’s set. In the caption, she expressed, And it’s a wrap of the movie ‘Yodha’ with tagging Siddharth Malhotra. 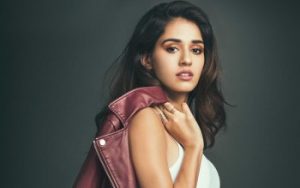 In the video, the two should be visible moving and living it up to a tune that has turned into a web sensation on Instagram.

Shershaan Actor Sidharth Malhotra took to his social media handle and too shared a  similar video however the video additionally included a doggy.

Disha Patani as of late delivered a video wherein the ‘Radhe’ star is seen bouncing up high while rehearsing a flying kick, and we should say, she nailed it.

Disha Patani stood out as truly newsworthy a couple of days prior when she posted a video wherein she displayed her hourglass body in a mirror selfie. Disha is found in the video brandishing pink hot jeans and evenly striped sportswear. She goes for a sloping stroll towards the mirror before pausing dramatically which highlights her bends. For the unversed, ‘Yodha’ is an undeniable action film in which we will see Disha execute activity on the screen, and given her preparation, the crowd and her fans are in for a visual treat. Besides that, Disha is also dealing with a movie called ‘Ek Villain Returns.’ Disha Patani is last seen in the movie ” Malang” opposite Aditya Roy Kapur.

Yodha is all set to bang big screens next year on November 11th. The movie is directed by debutant filmmaker duo Sagar Ambre and Pushkar Ojha.

Sunny Leone shares pictures of her new apartment in Mumbai