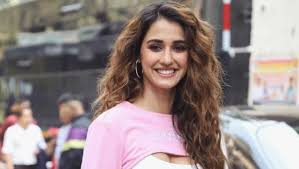 Disha Patani is currently on cloud nine as her latest movie ‘Malang’ has done wonders at the box office. Her dark character in the film co-starring Aditya Roy Kapur, ‘Golmaal Again’ actor Kunal Kemmu and Anil Kapoor has been loved by everyone. ‘MS Dhoni’ actor Disha has also featured in the song ‘Do You Love Me’ from the Tiger Shroff-Shraddha Kapoor starrer ‘Baaghi 3’ winning millions of hearts around the country with her dance moves.

Rmors are buzzing all over social media that Disha has now been roped in for ‘Ek Villain 2’ served by Mohit Suri. The movie is going to feature Aditya Roy Kapur and John Abraham in the lead roles. Now, Disha has spilled the beans about the same in her recent interview. Where Disha has denied the reports of being approached for the movie.

On the professional front, Disha currently has two movies lined up in her bucket namely ‘KTina’ and ‘Radhe: Your Most Wanted Bhai’. In this, she will be collaborating with Salman Khan again for ‘Radhe’ after ‘Bharat’.

Her other movie, ‘KTina’ has been co-produced by Ekta Kapoor and is directed by ‘Mere Dad Ki Maruti’ director Ashima Chibber.  Disha is looking forward to winning the hearts of the audience again with these two movies.