Isn’t it amazing to see some of our very talented actors come together to entertain us? Obviously it is and Specially if it’s two actors like Divyenndu Sharma and Gajraj Rao. Yes, you heard that right! On one hand, we have Gajraj Rao who wins our hearts each time with his absolutely real and natural performances in films like Badhaai Ho, Shubh Mangal Zyada Saavdhan, Lootcase, to name a few. On the other hand, there’s Divyenndu a.k.a Munna Bhaiyya from Mirzapur who has become a sensation all over the internet after his terrific performance in the series. 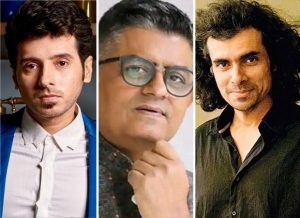 The both are coming together for a satirical comedy titled ‘Thai Massage’ that is set to be produced by Imtiaz Ali. A report in PTI quotes a source as saying that Gajraj Rao is set to play the lead in the film and that a few other actors are also set to join him and Divyenndu. The film will be directed by Mangesh Hadawale, who has earlier directed the film ‘Malaal‘ starring Meezan Jaffery and Sharmin Segal. He has also directed Marathi films like Tongya and Tapaal.

Imtiaz Ali has produced some interesting projects like Laila Majnu and the web series titled She. This sure is super exciting news and I am sure that you can’t wait to know more about the film.