Bollywood actress Taapsee Pannu have been roped in for Anurag Kashyap’s upcoming sci-fi film, Dobaara. The actress took to social media and shared an announcement video of the movie. Taapsee Pannu is one of the top faces of Indian cinema. With her versatility, she grabbed some of the most awaited projects. After completing her shooting for various films, she is back with another announcement for her fans. After Manmarziyaan, the actress is once again joining hands with director Anurag Kashyap for a sci-fi film, titled, Dobaara. 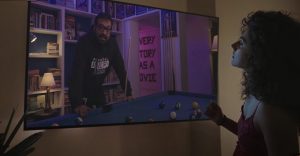 The pink actress took to her Instagram account and shared the teaser of the new film. In the teaser, Taapsee is seen arriving in her apartment and relaxing on a sofa. She then asks Alexa to play her an interesting movie, but suddenly, Anurag appears on the screen. Anurag is seen playing pool on the other side of the television set and he tells her that he has sent a script for her to read. He says that the title of the film offers a big clue: Dobaaraa which not only means ‘once again’ but also means 2:12. The time will be an important part in the movie.

She wrote with the video, “Time. Space. Universe. 2021 will make you question everything. Filming begins soon! @anuragkashyap time to add some lights and colour to your frame again, let’s do it #DOBAARAA.” 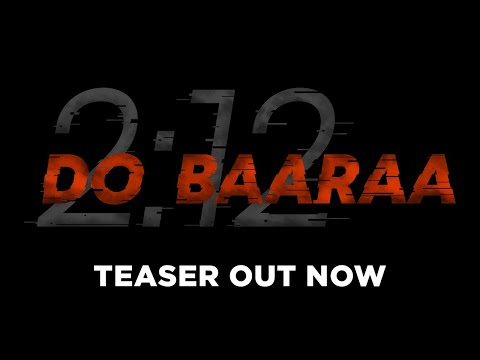 Director Anurag Kashyap also wrote, “See what happens when you travel time across the dimensions of the universe. Filming begins soon! #Dobaaraa.” Director Anurag revealed more about the movie and said, “Our vision with Dobaaraa is to bring a fresh, new story to the audience and I am very excited for it. This will be my third collaboration with Taapsee and this time the attempt is to bring an interesting new take on thrillers.”

Since the release of the teaser, the fans are curious to know more about the film. The film is supposed to be about time, space, and universe.

Tapsee was last seen in the movie Thappad, which got a lot of praise for her acting and the storyline. She is currently completing shooting of her upcoming movie, Looop Lapeta. Looop Lapeta is being directed by ad filmmaker Aakash Bhatia and is an official remake of the German 1998 film Run Lola Run. The actress will also be seen in sports drama, Rashmi Rocket by Akarsh Khurana. Apart from this, Taapsee will start shooting for her next film Shabaash Mithu as well.