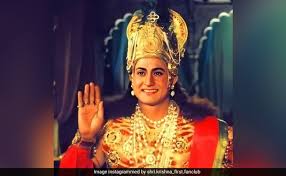 More than 20 years after its broadcast, Ramanand Sagar’s epic mythological series Shri Krishna is all set to make a comeback on Doordarshan, the broadcaster announced on Sunday.

The show joins other popular epics such as Ramayan and Mahabharat to be re-run amid the nationwide lockdown due to the coronavirus pandemic.

Created, written and directed by Sagar, the series chronicled the life of Lord Krishna. The show was first broadcasted on Doordarshan”s Metro Channel (DD 2) from 1993, but moved to DD National in 1996.

The show also starred Deepak Deulkar and Pinky Parikh among others.