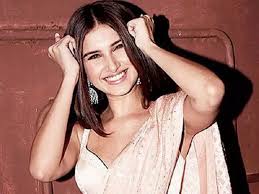 Balaji Motion Pictures tweeted, “A big welcome to the super gorgeous and talented and @TaraSutaria, the newest member to join the Villain gang! It’s going to be one hell of a ride!”

Talking about casting Tara Sutaria in ‘Ek Villain 2’, Mohit Suri recently stated in an interview, “It takes a lifetime to get the nuances of a musician but luckily for me, Tara has been training for this all her life. What more can a filmmaker ask for.” He added, “A new-age, uninhibited voice which comes from a place of honesty. That’s exactly what my character needs in the film.”

‘Ek Villain’ (2014) was also directed by Mohit Suri and starred Sidharth Malhotra, Shraddha Kapoor, and Riteish Deshmukh. Mohit recently did a film with Aditya and Disha in ‘Malang’.

‘Ek Villain 2’ will reportedly go on floors this year and will release in 2021.