TV producer Ekta Kapoor had earlier promised to the fans that the favorite TV show Naagin will return with it’s another season soon . The announcement for the comeback of the show was done by the producer on Big boss 15. The makers of the show came up with a surprise of the show’s first glimpse on Sunday. An introduction of the season is made with a small teaser of 22 seconds theme which shows that this season of Naagin is going to be different from other seasons. With the beginning of the video, the storyteller speaks about the changes the world has experienced since 2019 which refers to the changed lives due to the pandemic of Covid-19. The watchers are guaranteed that even the Naagin has gone through crucial change with a conclusion at the end.

The hint by the producer have already been done on who will lead the series, which made the fans guess that the popular Bollywood star Mahekk Chahal, who was a contestant on the reality of Big boss 5 and in the stunt based reality show Khatron Ke Khiladi 11 will be seen as a lead actor on the show. But the announcement of the cast in the series is still not made official yet. 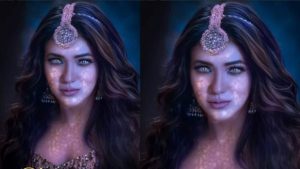 The show Naagin was first started in 2015 with some famous actors like Adaa Khan, Mouni Roy and Arjun Bijlani. But in its second season the show went on to lead with Mouni Roy and the actor Arjun Bijlani was replaced by the actor Karanvir Bohra. In 2018 the third season of Naagin took on by the beautiful  Anita Hassanandani, Surbhi Jyoti, Rajat Tokas and Pearl V Puri.

In 2020 the show came up with some new star casts, and a new name ‘Bhagya Ka Zehreela Khel’ where Vijayendra Kumeria and the very hot and beautiful Nia Sharma. Somehow the season did not get a good response and TRPs.