Earlier, several sources confirmed that Fardeen Khan will be making his comeback  in Bollywood with Sanjay Gupta’s film Visfot which is also going to star Riteish Deshmukh. Both the actors were last seen together in the movie Heyy Babyy and are coming together for a movie after over 14 years.

Now, certain sources have revealed that “Visfot” is going to be a remake of the Venezuelan film Rock Paper Scissors which also got an entry at the 85th Academy Awards for the best Foreign Language Film. 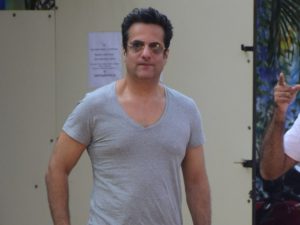 The shooting for the Sanjay Gupta movie which has the potential to either make or break Fardeen Khan’s career in Bollywood will begin in the next week and will be shot in Mumbai itself.