Bollywood actor, director, and producer Farhan Akhtar has reportedly signed a Marvel project and is currently shooting for the same in Bangkok. However, no official announcement has been made by the actor. Few days back, unconfirmed sources stated that bollywood actor Farhan Akhtar has successfully bagged an international project with Marvel Studios. According to latest update, Akhtar has already started filming for his Marvel project in Bangkok, Thailand.

Media outlets such as The Indian Express, The Quint have quoted a source saying, “Farhan is currently stationed in Bangkok, along with an international cast and crew, for the shoot of a project with Marvel Studios, who are known to be one of the biggest film studios worldwide. All other details of the project are strictly under wraps.” 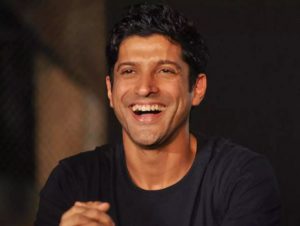 No details of the project have been revealed. It is not known that it will be a film or a series. Farhan was last seen in 2019 release ‘The Sky Is Pink’ opposite Priyanka Chopra. Now the actor is all set to release his forthcoming sports drama, Toofaan. He will be seen playing the role of a boxer in the film which has been directed by Rakeysh Omprakash Mehra. Toofaan marks the second collaboration of Farhan and Rakeysh. The actor director duo has previously worked together in the 2013 film Bhaag Milkha Bhaag. Farhan talked about the struggle behind his training that he took for his role as a boxer. He took to his social media handle and shared pictures where he is seen practising the sport. He opened up and said that the preparation sessions of the film made him more disciplined. The film is slated to release on Amazon Prime Video on May 21 this year.