The actor and humanitarian says that she been receiving plenty of offers post the release of Season’s Greetings; she adds she has no plans of moving base to India anytime soon.

Celina Jaitly Haag’s comeback project, Season’s Greetings, has been triumphing a couple of awards at film fairs throughout the globe. Recently, she additionally received an award for best actor. Post the huge success, the actor says that she has been receiving a plethora of offers. 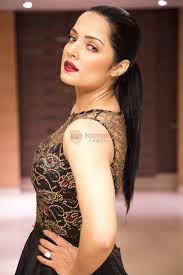 She shares, “I feel extremely blessed to make such a phenomenal comeback. I never left the film industry; it’s just that it was time to take a pause and rethink the direction that I wanted to take both as a woman and as an actor. I have lots of amazing offers as well as plans.”

Haag reveals that she will soon be seen in a comedy project, a genre she loves. “Covid travel restrictions and fears are leading me to take a decision to refrain from travelling. But I am working on something fascinating and hilarious as I truly believe comedy is one of my highest plus points,” she says.

The actor, who last seen in feature films, Thank You and Shrimathi (both 2011), admits that now is the time to explore her creativity as showbiz has undergone a major transformation over the years: “I was very young, a teenager, when I started cinema. I was more a beauty queen than an actor in eyes of all directors and I too was learning along the way. I had the talent within me but I did not know how to channel it.” 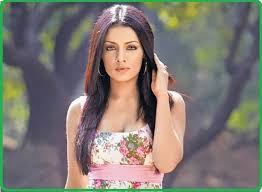 But Haag is quick to add that she has no plans to shift base to India in the near future. “We live in an era of globalisation and it shouldn’t matter where I live. I find great peace and positivity in my Alpine life in Austria and my Austrian heritage helps me be more grounded and a better actor,” she ends.