India has been badly hit by the second wave of the viral coronavirus pandemic. Maharashtra continues to remain the worst affected state in the country as it is struggling with the enormous spike in infections and is also witnessing a large-scale shortfall in vaccines. Hence the state has been put under the lockdown for the next 15 days in order to stop the spread of the virus. 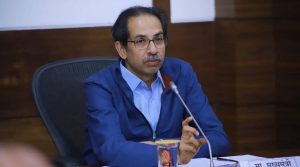 Following the announcement of the lockdown, the Film city board consisting of unions like Indian Film and Television Producers’ Council (IFTPC), Federation of Western India Cine Employees (FWICE), Indian Motion Picture Producers’ Association (IMPPA), and Indian Film & Television Directors’ Association (IFTDA) have written a letter to the Chief Minister of Maharashtra, Uddhav Thackeray. The unions hope to get some sort of concession during the lockdown. The laid out plan by the state government allows people to use the essential services. However, all the shoots of films and television shows have been stopped.  Due to the lockdown in Maharashtra big budget films like Shah Rukh Khan starrer Pathan, Prabhas starrer Adipurush, and Salman Khan starrer Tiger 3 had to be stopped abruptly.

The film city board feels that the post-production work needs to be continued so as to broadcast the already recorded content. Hence the board agreed to open up vaccination centres. Not only will the board provide vaccines but also they will provide shelter and remuneration to the daily wagers who will be staying on the sets. The bodies have requested the CM to consider their request and allow them to work on the pre and post productional aspects of movies and television shows.

The letter has been sent to the CM. Now the unions await his response on the same.

Last year also film bodies in India decided to put shootings of films, TV shows, and web series on hold to contain the spread of the virus. The industry faced a huge loss dues to the halt.

Amazon Prime Video to premier film ‘Saina’ from April 23 after...