Amazon Prime Video’s original content seems to be getting a lot of spotlight. After Tandav, now the makers of Mirzapur are facing legal hassle. An FIR has been filed against Ritesh Sidhwani, FarhanAkhtar, and Bhaumik Gondaliya at the KotwaliDehat police station of Mirzapur for allegedly showcasing the district in bad light through abusive content, promoting social enmity. The complaint has been registered by one Arvind Chaturvedi who claimed that the series has hurt his religious sentiments. “Arvind Chaturvedi alleged that the web series has shown abusive content and illicit relations. Thus, based on the complaint, an FIR has been registered against producers and the platform,” said SP of Mirzapur Ajay Kumar, according to Indian Express.

In his complaint, Chaturvedi alleged that the web series named Mirzapur is malicious, full of abusive words and sexuality showing illicit relationships, and has been made intentionally to hurt the religious and social sentiments of the people of the Mirzapurregion. 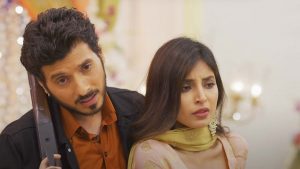 The FIR has been filed under IPC sections 295 A (deliberate and malicious acts, intended to outrage religious feelings of any class by insulting its religion or reli­gious beliefs), 504 (intentional insult with intent to provoke breach of the peace), 505 (statements conducing to public mischief) of the IPC along with sections of the Information Technology (IT) Act.

Mirzapur has already released its two seasons and now is all set to release its third season. It was already applauded for its excellent cast,amazingstoryline, which was filled with suspense and thriller.