Manto Trailer: Nawazuddin plays the character of the most controversial writer

Nandita Das is coming soon, the famous biographer of Sadat Hasan Manto. Its trailer has been released.

Directed by actress-filmmaker Nandita Das and co-authored with the main role of Nawazuddin Siddiqui, ‘Manto’ trailer was released on the eve of Independence Day. Ht studios, Filmstock, and Waikom 18 revolve around the author of the “Manto” co-produced by Sadan Hassan Manto, by Motion Pictures. Nawazuddin will see this character alive.

Nawaz’s playing the role of Manto in the trailer is very effective, it seems to show the truth of that time. Manto was one of the most controversial authors of his time. Their stories were filed against the plaintiffs.

We can also see Rishi Kapoor and Javed Akhtar in Manto. Apart from this, both tours have been shown before and after independence. It appears to be a very effective period film in itself.

Nandita Das, director of the film, told IANS on the question of freedom of expression “I am optimistic.” So, I believe that writers and artists will continue to express their truth through their work, we, as readers and viewers. For a strong as well as mature society, our people need to support such people. ” 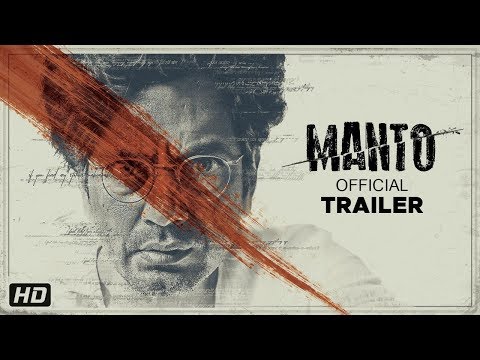