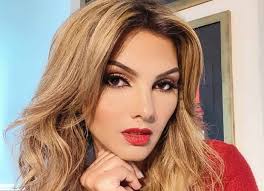 Pakistani actor Somy Ali has done only 10 films in Bollywood. In an interview, Somy said that she was a pathetic actor and also thanked her co-actors for being patient with her. She also said she is the worst dancer and said she had no interest in acting. After doing 10 films, Somy quit and moved to the US. She also requested her directors and producers to forgive her. She said she would never attend dance rehearsals. She remembers late Saroj Khan.

Somy Ali was also known for her close relationship with Salman Khan back in the day. She was seen in films like Anth, Yaar Gaddar, Teesra Kaun?. Krishan Avtaar, Andolan, and Chupp were some of the movies the actress was seen in.

“I myself am shocked on how I did 10 films. From Salman to Sanjay, to Saif to Chunky, to Govinda, to Mithun da, late Om Puri Ji, I send them my heartiest apologies for dealing with me as an actor and especially Mithun da with whom I did four films; he was so patient with me. Sunil, I am so sorry, I was the worst dancer”, she said.