One of the most successful franchises in Bollywood, Fukrey, has got a lot of love from the audience. Initially the movie did poor on the box office but eventually it turned to be a sleeper hit. The rich content driven story got appreciation from the critics as well. The third franchise of the movie, Fukrey 3, has now commenced its shooting. The movie stars actors Pulrit samrat, Varun Sharma, Ali Fazal, Manjot Singh and Richa Chadha. On Saturday, the whole cast of the movie announced the commencement of the shoot of the movie. Actor Pulrit Samrat took to Instagram and shared a picture of the Pooja ceremony. Pulkit wrote, “#fukrey3 starting bohot bohot soooon. aap sab ka pyaar bhejte rahiyega.” The first part of the franchise revolving around 4 unique friends released in the year 2013. On popular demand, the makers announced Fukrey returns in 2016 and released it on 8th December 8, 2017. 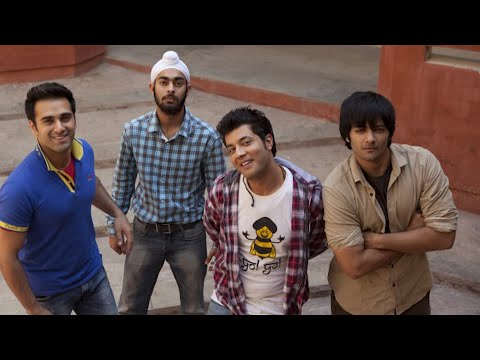 Now the shooting of the third part has started and the whole team is set to rock and roll. Fukrey 3 will be helmed by Mrighdeep Singh Lamba, who also directed the first two installments. It is being produced by Farhan Akhtar and Ritesh Sidhwani under their home banner Excel Entertainment. Earlier, director Mrighdeep revealed that the movie will revolve around the Coronavirus situation that brought the world to a standstill. He said, “This part too will have a strong message that people will take away and it will be delivered in a humorous way. The original story doesn’t mention it (about Covid-19). But we have been contemplating. We have discussed it. We need to be careful how we show it (Covid-19 situation) it shouldn’t seem forceful.”

The makers are yet to announce a release date.