Amid the recent surge in the corona cases, the Federation of Western India Cine Employees had asked the bollywood industry to cut down the number of staff members in film sets. The film industry worker’s union said that they will be redrafting the SOPs for the artists and will soon mention the minimum number of staff that can be on set. India has been registering a massive surge in COVID-19 cases especially in the state of Maharashtra.  Maharashtra is currently dealing with the highest number of corona cases and is the worst hit state in the country. Several Bollywood celebrities like Akshay Kumar, Alia Bhatt, Vicky Kaushal, Govinda, Bhumi Pednekar among others have tested positive for the virus in the past couple weeks. The actors were busy shooting for their films when they contracted the virus.

Now, the Federation of Western India Cine Employees (FWICE) wants the units to shrink the staff working on the film sets.

President of FWICE, BN Tiwari said, “Actors thought that corona had gone and started getting 10 members including bodyguards, managers, make-up people and hairstylists with them, each had more than one assistant. But we are redrafting SOPs for the artists and will be mentioning the minimum number of staff that can be on set.” (TOI)

Last year, the shooting for many projects resumed amid the COVID-19 pandemic. The Indian government in its COVID-19 guidelines made it very clear that the artists should wrap their make-up at home and report on sets with minimal staff. 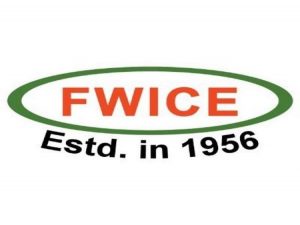 Earlier this month, the association had reached out to Maharashtra Chief Minister Uddhav Thackeray. FWICE’s president Tiwari signed a letter appealing to the government to consider Entertainment Industry’s situation before imposing a second lockdown. The letter underscored that the industry was still recovering from past losses.

It said, “One whole year had passed with no work and no income, distressed lives and no food, hunger-stricken families and deprived children. It was a very dreadful and sorry state of people who were left alone to fight their own battles of hunger and poverty with absolutely no aid from any Government body (Neither State nor Central).”

From Monday, new lockdown rules were implemented in Maharashtra, including night and weekend curfew.